Certification is a guided three-step process developed around peer-reviewed standards.

We provide brands with all of the resources and guidance they need throughout the certification journey, which typically takes about 1-3 months from start to finish.

How the BEE Works 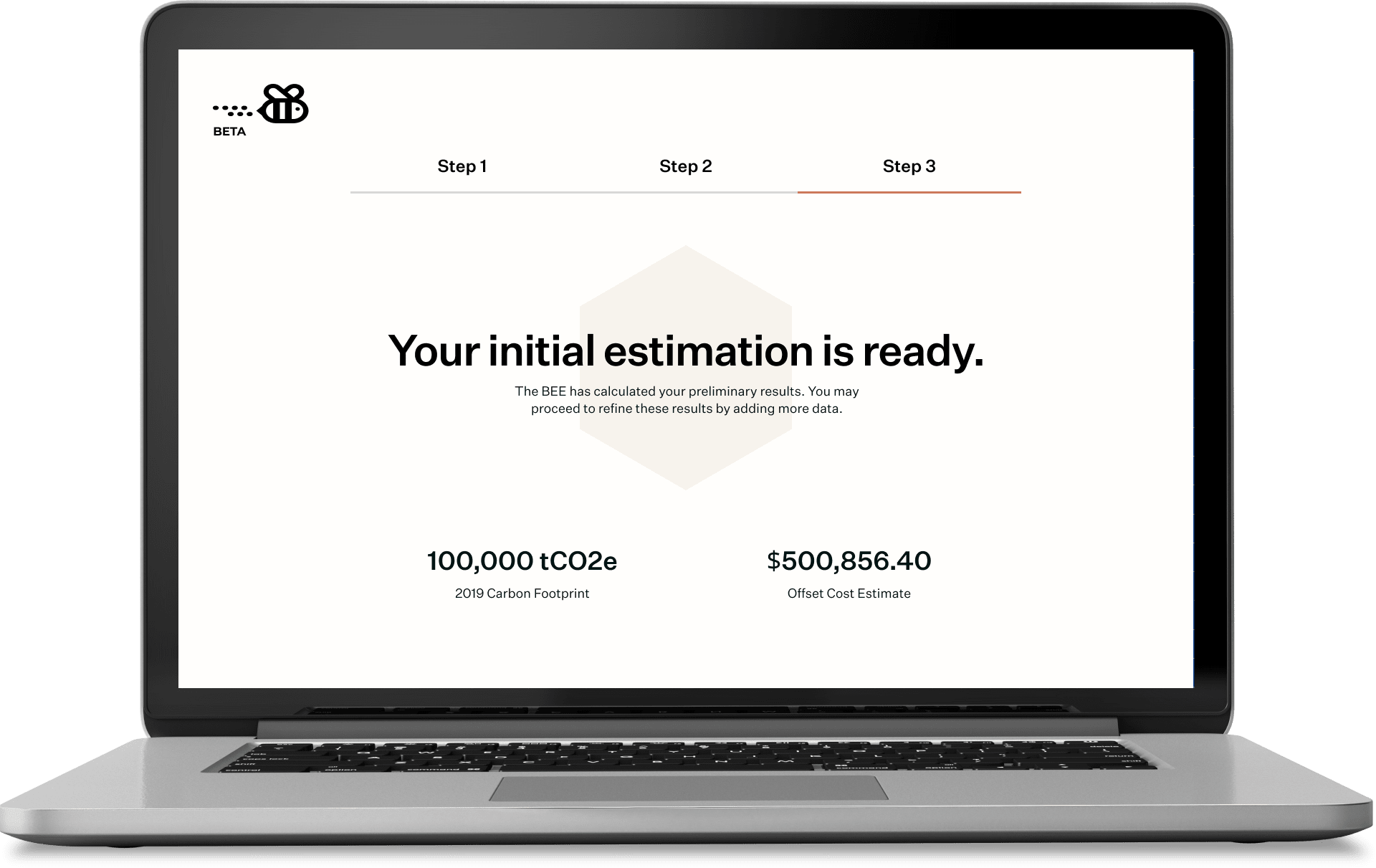 It all starts here: creating a solid estimate of the carbon emissions from making and delivering your products and services. Your footprint for certification includes Scopes 1, 2, and upstream Scope 3 emissions (per the Greenhouse Gas Protocol).

If measurement sounds overwhelming, expensive, and complex, don’t worry. We’ve simplified the process by creating our own software tool, the Brand Emissions Estimator: the “BEE.”

Scope 1, 2, and 3 emissions represent the entirety of a carbon footprint from a company’s activities.  ‍

What Scope 3 categories do you measure?

Our certification measures Scope 3 Categories 1-7 and 9. Check out our Standards to learn more about footprint boundary requirements.

InTents is a tents company headquartered in Portland, Oregon, with most of its manufacturing based in China. The company had $80M in revenue in 2019.

The team hops into the BEE, and drops in its headquarters location (United States), annual spending ($50M), and spending broken down by product. The BEE provides the team with a high-level estimate of their carbon footprint of 67,145 tonnes of carbon equivalent.

The team then refines the estimate using operational data. This begins with a data aggregation step that requires the team to track down data on InTents’ operations. Then the InTents team can use the BEE to calculate their 2019 carbon footprint: 67,145 tonnes of carbon dioxide equivalent (tCO2e).

Up to 2 weeks to complete and document your purchase

What is a carbon credit?

One carbon credit is a certificate generated when someone takes an action to eliminate or avoid the emission of one metric tonne of greenhouse gas emissions. Entities that develop carbon eliminating or avoiding projects can produce carbon credits, which are then verified by a third-party.

How are carbon credits verified?

The market for carbon offsets has a strong system of third-party verification. Climate Neutral relies on this system, with a few of our own modifications to help us feel confident that we’re recognizing quality  offset projects that generate credits using the most trustworthy and rigorous standards.

These are the offset standards that Climate Neutral allows:

These groups set the bar for the market by laying out the process which ensures carbon credits meet the ‘big six’ requirements: real, permanent, quantifiable, verifiable, enforceable, and additional. Any project following the standards above must undergo a rigorous independent third-party verification in order to generate credits.

How much does it cost?

Offsetting your company’s entire carbon footprint is currently cheaper than you might think. A good estimate is that it will cost about 0.4% of your annual revenue. So if your revenue for 2020 is projected to be $100M, you can expect to pay about $400,000 to offset your emissions for the year.

What types of carbon credits can be used for the Climate Neutral certification?

Since InTents’ carbon footprint for 2019 was 67,145 tonnes of carbon, the brand has to purchase at least 67,145 carbon credits to completely offset its footprint.

InTents purchased its credits through the Climate Neutral pool, which included:

1 week to develop plan.
1 to 2 years to implement.

We require all brands to develop and implement a reduction action plan (RAP) to reduce their emissions over the next 12-24 months.

Brands with over $100M in annual revenues are required to set science aligned reduction targets, or targets aimed to reduce emissions approximately 50% by 2030.

We’ve developed guides to help you determine where, and how, you can reduce your emissions. Our network of 140+ brands is also a great resource for crafting your reduction action plans.

A reduction action plan outlines what scope/category you’re aiming to reduce, your target, the timetable for achieving it, and how you’ll actually get it done.

Do we need quantitative reduction goals?

You do not need to quantify your reduction goals in tonnes of carbon, but we recommend it. For example, saying “We’ll switch our materials to recycled materials” is OK, but “We’ll switch 70% of our aluminum purchases to recycled aluminum” is a better goal. An even better option is to align with Science Based Targets, developing a target like “We’re committing to buying 100% green power in 2021, which will reduce our Scope 2 emissions by 22 tonnes of carbon.”

How are we held accountable for reductions?

You will be required to report on your reduction progress annually. Your progress is included on your brand profile page on our website.

After using the BEE to calculate their footprint, the InTents team noticed a large portion of their emissions were coming from purchased materials.

The BEE uses economic data to produce an estimate of your footprint, which is then refined with your actual operational data. InTents buys a lot of polyester material, aluminum, and packaging paper and cardboard. The team decided to switch 20% of their materials to recycled versions, which are far less carbon-intensive. Another big source of emissions was the amount of corporate air travel, so InTents will rely on video calls to cut down air travel by 20%.

After you’re officially certified, your company will join all of the other certified brands in our brand directory and you can begin displaying the label on your products and packaging.

Join today and show the world that you’re ready to tackle your carbon emissions. 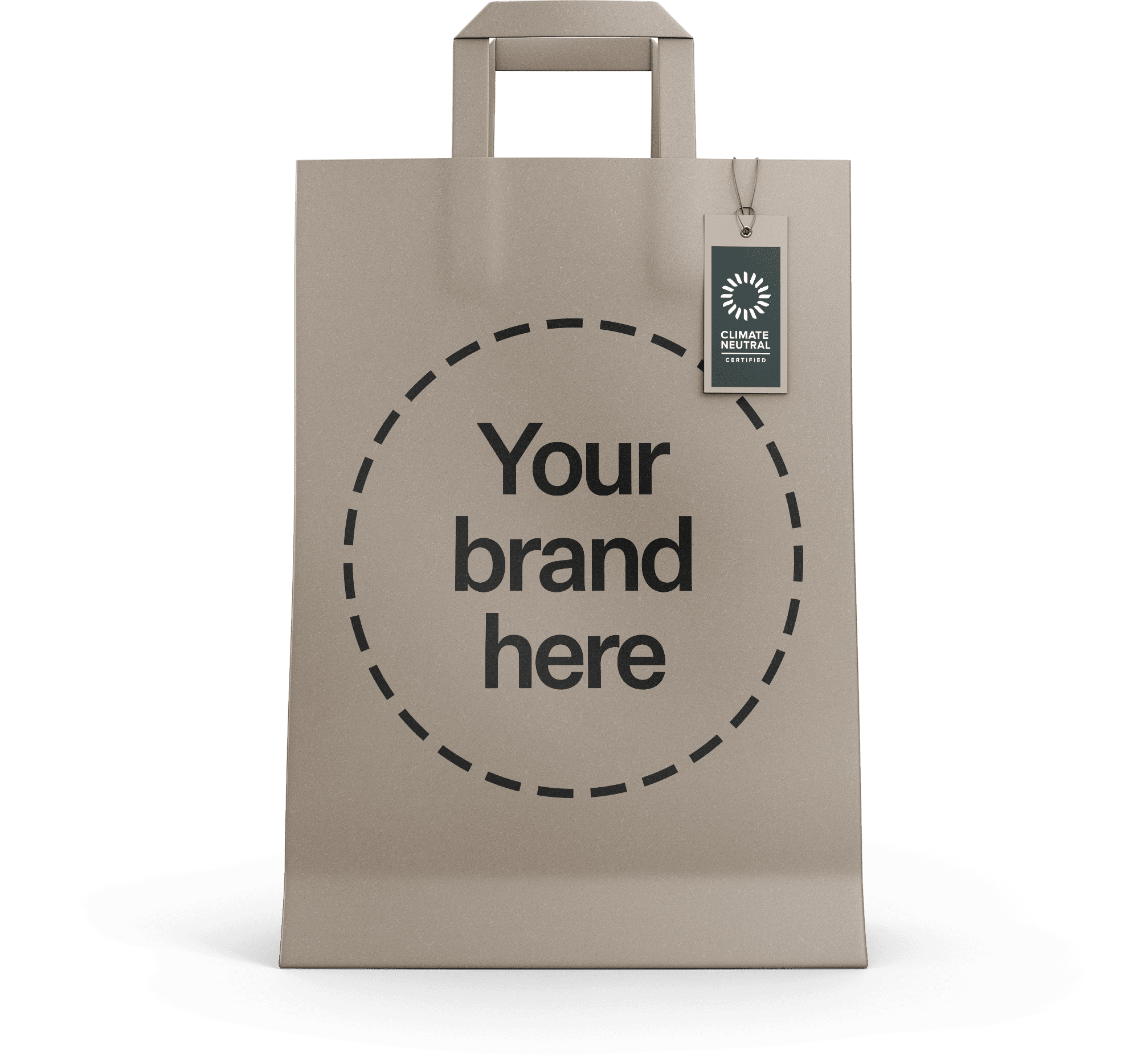